When using conventional acoustic panels made of typical absorbing materials, there will be only one volume level at which the absorbing material will control the acoustic energy within the room adequately. (This is a static system.) At volumes above that level, you would need more absorption. At volumes below that level you will have too much absorption and the room will sound lifeless, dark, and dull. The Stillpoints Aperture utilises a blend of absorption materials, and a unique design of internal chambers to trap acoustic energy. The diffusion aspect of the Stillpoints Aperture breaks up the wave forms which will aid mid to high frequency absorption and reduction. The resonator aspect of the Stillpoints Aperture offers control of the lower frequencies only when it’s needed. Thoughtful placement can achieve wonderfully controlled bass frequencies with dynamic lifelike quality and speed. With bass energy controlled, one can enjoy a light, lively, sparkling room of shimmering cymbals and explosive drum attacks, with wonderfully clear midrange and vocals at all amplitude levels.

The Stillpoints Aperture is the only acoustical product that will give you both absorption and diffusion at the first reflection points of a system. And you want both!

The Stillpoints Apertures will not:
1. Decrease or limit the dynamics of the system.
2. Diminish the power of the bass attack.
3. Unevenly control one frequency over another. (This is often the case with traditional room treatments)

The picture can be added to standard panel anytime. 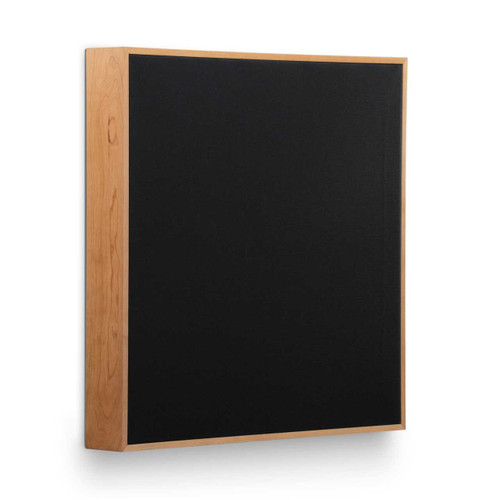