"Many are called, but few are chosen. It is a startling experience to sit in front of these large boxes and hear sound that has no box character at all." - 'The Absolute Sound' Magazine, USA

The Harbeth Monitor 40.2 redefines the term ‘Reference Loudspeaker’. Built on the success of the multi award-winning M40.1, this new generation is the biggest leap forward in sonic supremacy since the design’s launch in January 1998.

More efficient, more adaptable to a wide range of listening environments, perfectly balanced and more transparent and engaging, the M40.2 takes the Harbeth sound to a new level.
With its mesmerising and addictive  soundstage, Harbeth’s reference monitor produces a grand, dynamic and unforgettable sonic experience – far beyond conventional loudspeaker listening.

AWARDS for the M40.1 include...
Golden Ear award from The Absolute Sound magazine
Named TONE Audio speaker product of the year.
Editors' Choice by The Abosulte Sound.

USERS of the M40 series include...
Used at Fountain Studios, the largest TV studio in Britain, and home of TV hits The X-Factor, The Cube, Britain's Got Talent - some of the biggest audience shows.
Used at the British Library's sound archives.
Used at ITV Leeds to make the hugely successful Emmerdale.
Used at BBC Cardiff to make Crimewatch.

REVIEWS of the M40 series include...
REVIEWED by High Fidelity
REVIEWED by Jeff Dorgay in Tone Audio
REVIEWED by Art Dudley in Stereophile 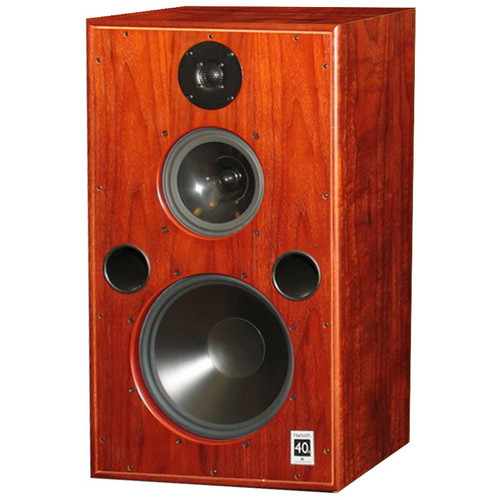